The ELTons are international awards given annually by the British Council that recognise and celebrate innovation in teaching English. They are known as “the Oscars of English language teaching”!

This year is the 19th anniversary of the awards and over 180 entries from 50 countries were submitted.

In July 2021, the British Council announced that my online pronunciation course had been shortlisted!

Although I didn’t win, I was chuffed to have reached the final and to have received some fantastic comments.

The British Council judges described the course as an innovative and expertly-presented resource which demystifies pronunciation for learners.

I was in the innovation in learner resources category. You can find out about the other finalists here. 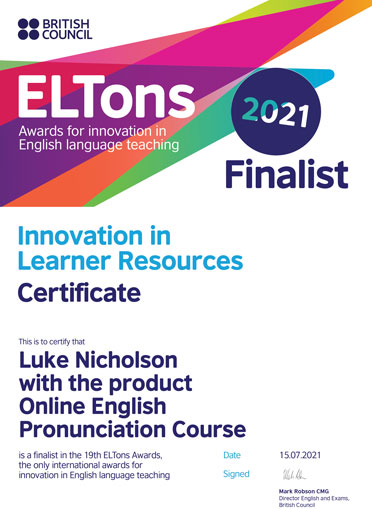 Here’s a picture of me in my IPA mask at the awards: 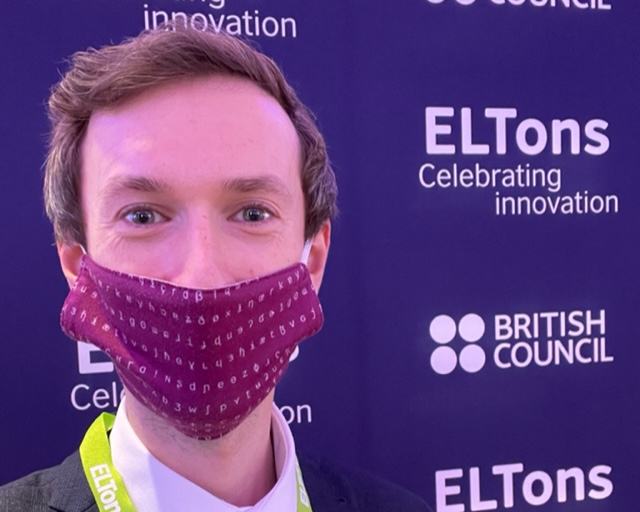